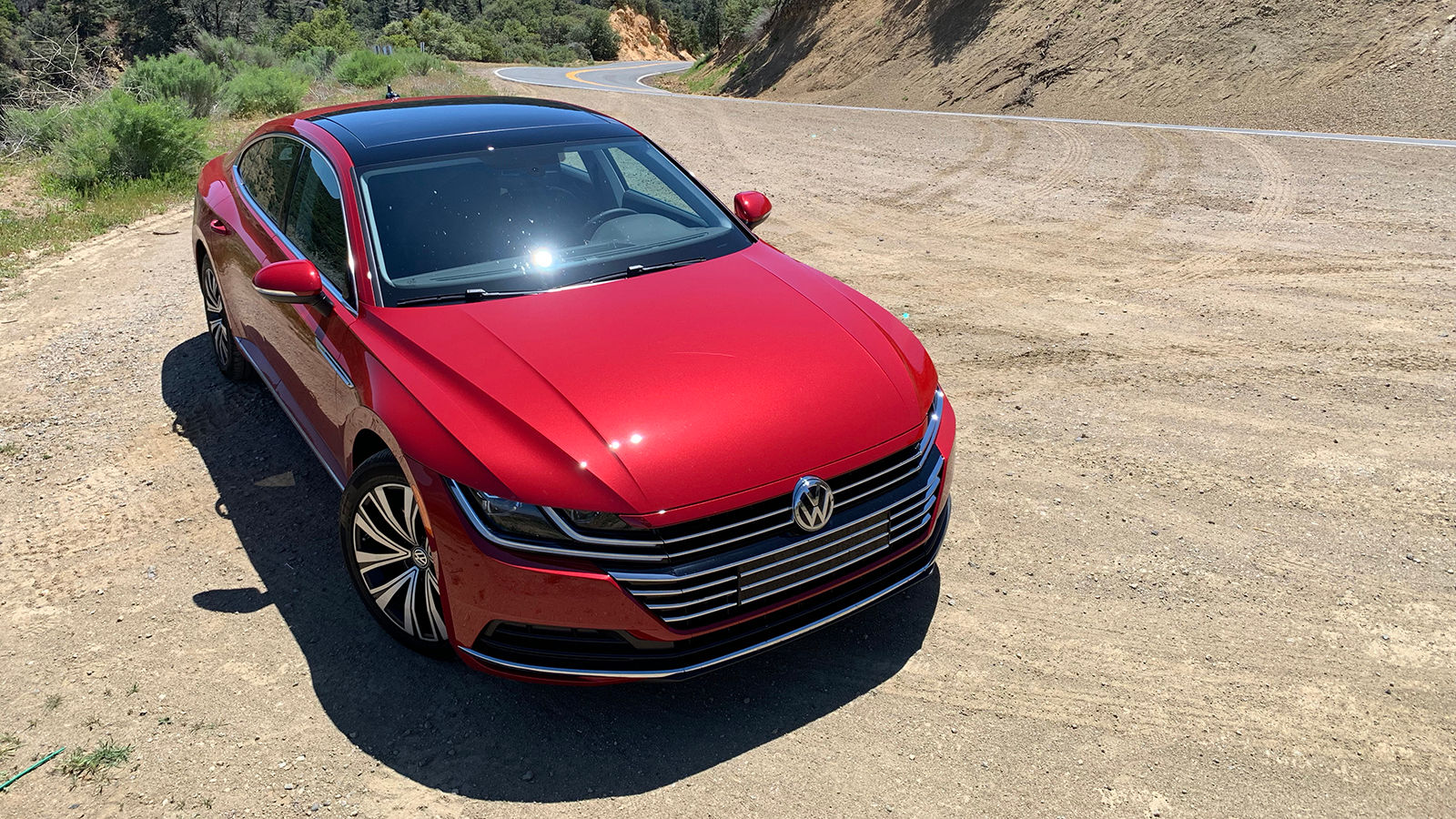 The 2019 Volkswagen Arteon looks futuristic, but it feels a callback to the old school idea of a flagship sedan that exists just because. Built with aesthetic-first mentality, it’s not for everybody. But if you want a low-key glamorous, semi-upscale VW-badged cruiser to modestly stand out in, this is the four-door for you.

If you’re seeking an objectively compelling case to get an Arteon, you might be missing the point. Not unlike the Passat CC and, in some ways, even the Phaeton before that, the VW Arteon already feels like a car we’re going to appreciate seeing in traffic but never really understand.

That said, today’s flagship Volkswagen is a lot more practical and user-friendly than the others I just mentioned, which it manages to do well also looking better. Neat trick.

What Is It?
The Arteon is like a Passat with a stronger pulse. Or, an Audi with a little less obvious attitude. If this were 2008, we would call it a “near-luxury” car, which is how people were classifying some of the more entry-level Acuras and Infinitis and such back then. Today, it’s just a car, because that in of itself is mildly exotic.

To paraphrase the pre-test drive PowerPoint presentation I absorbed for you: this car exists to distinguish itself, to let the company’s designers “exercise enthusiasm.”

If a GTI is a gently leveled-up hatchback, it’s fair to call the Arteon an equivalently made-cooler version of the humble sedan. Though technically, it’s a fastback, since the rear glass lifts with the trunk.

VW’s people called out its rivals as the Infiniti Q50, Acura TLX, Nissan Maxima and Kia Stinger. The Mazda 6 was not mentioned, probably because the best version of that car lists below the price of the base Arteon.

But I can’t think of a closer equivalent competitor. The Arteon is more technologically advanced than Mazda’s executive express, but the 6 feels just as good on the road and has a similar subtle elegance, albeit with a little more annoying road noise.