Volkswagen Arteon Is Finally Cleared for the U.S. 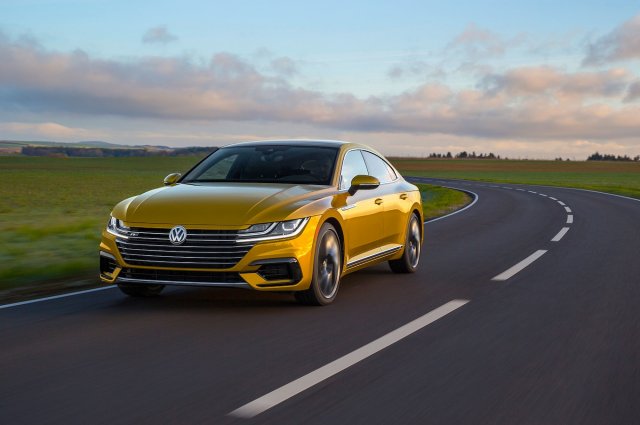 The oft-delayed launch of the Volkswagen Arteon will soon be over. The big boss himself, Herbert Diess, chairman of the Volkswagen AG Board of Management, said the successor to the CC is coming to the U.S. this year, and that he is as anxious to get it to the market as anyone.

Scott Keogh, CEO and president of Volkswagen Group of America, narrowed it down further: by this summer. VW needs to launch the Jetta GLI first, which is happening now, and the Arteon will follow in a few months.

VW has attributed the delay in the past to the backlog in Europe of certifying vehicles using the new World Harmonized Light Vehicle Test Procedure for emissions testing (WLTP). The car has Audi's 2.0-liter TSI four-cylinder engine which had to be certified. The engine generates 268 hp and 258 lb-ft of torque and is mated to an eight-speed automatic transmission. The Arteon is already on sale in Europe with a different engine.

The North American Arteon was shown at the 2018 Chicago Auto Show amid promises of a launch in the fall of that year.

The four-door coupe/sedan—which is arguably actually a hatch—is a niche vehicle positioned above the Passat in price and prestige. It is longer than the old CC and uses VW's high-volume MQB architecture. It will be available in SE, SEL, and SEL Premium trims, while all-wheel drive will be optional. It is built in Emden, Germany.
You must log in or register to reply here.
Share: Facebook Twitter Google+ Reddit Pinterest Tumblr WhatsApp Email Link